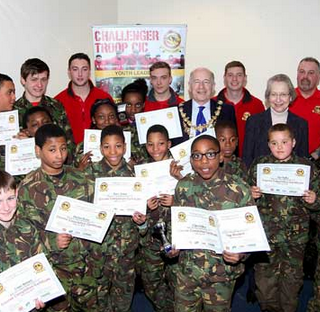 The aim of Battersea Crime Prevention Panel is to make the Battersea/Balham area a better and safer place to live, work and play. These areas suffer from unemployment, overcrowding and households lacking in amenities and are some of the worst in the country. There is severe deprivation with poor statistics for health, educational achievement, crime (particularly relating to drug use and abuse) and ‘at risk’ children in the borough. The Panel is open to new and innovative crime prevention ideas and initiates and funds projects, some of which may be run by other organisations or charities within the Borough but with Panel support.

The Crime Prevention Panel’s funding comes primarily from it’s annual Battersea Police Ball which is a fantastic fun evening attracting local people and businesses who support our work in the community and raises valuable funds for us. The Panel has an admirable sub-committee which organises and runs the Ball each year in late November and the Ball office opens in September for bookings.

The primary project run by the Panel is Battersea Summer Scheme. The Scheme provides school holiday activities and opportunities for underprivileged young people who come mainly from the poorer and more deprived areas of Battersea and Balham. They often have absent parents and the street becomes their playground which is where many problems arise. Boredom and poverty are a dangerous combination and with a lack of positive direction many of the young turn to crime or become victims of crime. Gang culture is high in the Borough and cultural and locality issues create many problems. The activities take young people away from their home environment to gain new and different experiences where they learn to interact with their peers AND leaders. The Scheme works very closely with local youth clubs and groups, Wandsworth Borough Council youth services and the Metropolitan Police to achieve their aims.

Providing financial help to FAST to further its work on the Patmore estate with training, employment and other initiatives with young people

Since 1992 the Battersea Summer Scheme has been organising trips, outings and events for disadvantaged young people living in Battersea and Balham.